The Outdoor Guide and O&C Concepts team up for Nadia 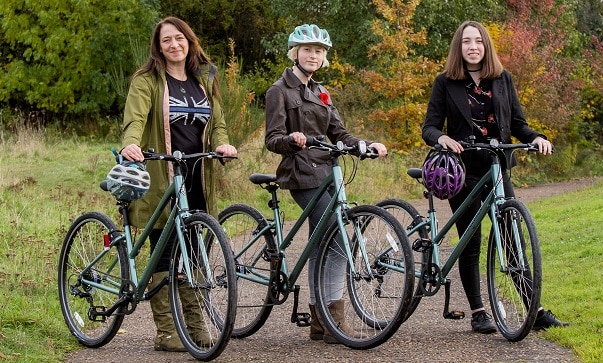 When Nadia Sparkes and her family had their bikes stolen, it was a devastating blow. Two years ago, Nadia, aka Trash Girl, became very concerned by the amount of rubbish she saw pedalling to and from school. So concerned that she began collecting it and bringing it home in her bike basket for recycling.

Her personal initiative caught the attention of some bullies who started calling her ‘Trash Girl’. Though resilient, eventually, she came home very upset by the way they were treating her. After a long chat about what had been happening, Nadia’s mum Paula said that she had two options. She could either stop collecting rubbish and, hopefully, they would leave her alone. Or she could take ownership of the ‘Trash Girl’ label.

Nadia’s response was clear, “I’m not going to stop doing the right thing because of them and if they are going to call me Trash Girl, they can say it with respect. I’m doing something to protect the world they also live in.” Her story made international news.

Through involvement with Keep Britain Tidy, Julia Bradbury, President of OIA member The Camping and Caravanning Club, and The Outdoor Guide (TOG) contacted Nadia’s family and a warm relationship has developed. Then thieves struck and three bikes were stolen from the family home.

She said, “When my bike was taken, I was so upset. I don’t think anyone can really understand how important my bike is to me, but as an independent 14-year-old, it was all the transport I had. It was also the bike that had started me on my litter picking journey. We had done a lot of miles together and collected a lot of litter.”

When TOG heard about the thefts, co-founder Gina Bradbury-Fox swung into action. She contacted TOG’s Partner and OIA member Cotswold Outdoor to see if they could help Nadia.
With the company’s active involvement Children In Need fundraising through all their channels, she was confident they would have a solution.

Gina said, “We love Nadia’s spirit. She’s an inspirational teenager and we love her to bits! Through working with Cotswold, it’s obvious that they have a clear commitment to community and the environment.”

In turn, they reached out to their sister business Cycle Surgery. The cycling specialist came up trumps by donating three bicycles to the Sparkes family in recognition of their commitment to practical action on environmental concerns.

The family were very grateful when a kind local woman, Kylie Bielby, offered a second-hand bike for Nadia to use and were astonished by the company’s generous reaction to the news.
Paula told TOG, “This means not only do Anya and I have two-wheeled transport again, but Nadia has two Trash Collecting vehicles! We are all extremely grateful and looking forward to getting out on the bikes in our very beautiful county picking up what litter we can.”

Nadia added, “I never expected for one minute that anyone would give us new bikes and I am so grateful to them as we can now go out as a family again litter picking and spending time together, doing our best to look after this planet. 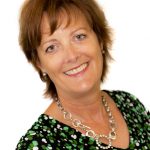