The OIA makes its mark at Westminster

The Outdoor Industries Association (OIA) has held its second significant event in Westminster in 2012. Following a successful meeting with members of the All Party Parliamentary Group (APPG) for Mountaineering in February, the OIA’s latest CEO and Directors Forum took place in the Houses of Parliament on 16 May. The event attracted over 40 outdoor business leaders and was another important step in the association’s national strategy to build its influence and promote the benefits of supporting outdoor activities to the Government.

The forum was organised by OIA chief executive Andrew Denton, with support from the co-chairman of the APPG, David Rutley MP, who gave the keynote speech during the event. Key contributions were also made on the night by many leading names from the outdoor sector, including Dave Turnbull, chief executive of the British Mountaineering Council, Ian Harris from the English Outdoor Council, Louise Stewart, director of partnerships and performance at Visit England, Kurt Janson, policy director for the Tourism Alliance, and Mark Held, secretary general for the European Outdoor Group.

The event lasted three hours and covered a wide range of topics. One of the key conclusions that was reached was that the outdoor sector has a large number of strong reasons to engage with government and the general public – the challenge is to focus down to specific issues and actions.

Andrew Denton comments:
“The forum at Westminster was an incredibly useful event and I believe it represented a landmark moment for the UK’s outdoor industry. By bringing all of those senior figures together in Parliament, we were able to demonstrate to both ourselves and to the Government, that the sector is united in its desire to put the outdoors at the heart of the national political agenda. The role of the Outdoor Industries Association is crucial – we are co-ordinating a united approach that can have a profound and long term impact on our sector and on society in general.”

By the end of the forum, those attending had agreed a set of actions designed to place the outdoors and all that it has to offer, firmly in the consciousness of the general public. It was noted that to achieve this would require sustained campaigning, which in itself would need to be funded. The OIA agreed to work with partners, and with the advice and support of David Rutley, to secure funding in order to launch its planned ‘Britain on Foot’ campaign to the public in March 2013.

Andrew Denton adds:
“This is just the start of a long trek for the UK outdoor sector, but it’s a very positive first step. The forum was abuzz with ideas and passion – we now need to translate that into action and achievement. On the back of the success of our latest event, I’m delighted to confirm that health minister Anne Milton MP has agreed to meet me to discuss the role that the outdoors can play in improving the health of our nation. We have a huge amount to do to realise our aims and ensure that ‘Britain on Foot’ is a high impact campaign, but if the Westminster forum is any indication of what is possible, then I know that we will succeed.” 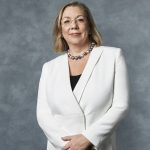 The most important aspect of this work (OIA) is the impact it could have on the health of the nation. It could engage people to take part in outdoor activity, including people who might never go to the gym or walk on a football pitch but who will happily go to the park or walk up a mountain.