Camping and outdoor clothing retailer Yeomans has been ordered to pay £17,000 in fines and compensation for packaging waste offences committed over a ten-year period.

At Chesterfield Magistrates’ Court last week, W Yeomans Limited pleaded guilty to nine offences, and asked for a further 21 offences to be taken into consideration, for a period spanning 1 January 1998 to 31 January 2008.
The company should have been registered with the Environment Agency and was obliged to recover and recycle a portion of its packaging waste, as well as filing a certificate at the end of each year to confirm it had met these obligations.

However, Yeomans, which handles packaging waste including paper, cardboard, plastic, steel and wood, did not register with the Environment Agency until 2008.

The court heard the company registered with effect from 1 January 2008 but the Environment Agency subsequently received a telephone call that Yeomans might have committed offences by not being registered previously.
An interview letter was written to Yeomans on 14 October 2008 and the company responded with turnover and packaging details which indicated it should have been registered since 1998.

Trevor Cooper, prosecuting for the Environment Agency, said the company stated it had been under new ownership since March 2008 and could give no reason why it had previously failed to comply with the regulations.

By failing to register, Mr Cooper said Yeomans had avoided fees and other costs of at least £11,000.

In addition to a fine of £9,000, the Deputy District Judge ordered the company to pay compensation to the Environment Agency of £8,000 to cover the unpaid registration fees, as well as full prosecution costs of £1,398.38.

The court heard aggravating features of the case were that the offences had continued over a long period of time and that the company had saved money by not complying with the regulations.

The magistrate gave credit to Yeomans for an early guilty plea and accepted its mitigation that the company had no previous convictions for environmental offences, offences had not been committed intentionally for financial gain and that they had occurred at a time when the company had different owners. 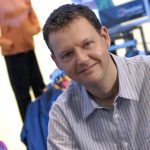 It feels now that we are talking about some bigger industry issues at Governmental level and actually getting access, which is rather special.