The fastest-growing outdoor and bike brand in the UK raises £1.5m and surpasses its crowdfunding target in less than eight minutes

On Monday 29th June, Nottingham-based outdoor brand Alpkit, whose range includes gear to run, hike, climb, camp, swim and bike, invited customers to be part of the business as shareholders. Their investment campaign, hosted on crowdfunding platform CrowdCube, was open for just eight minutes when they hit their target of £750k and it took just another 44 minutes for them to reach their cap of £1.5million. At its peak, there were five people investing every second.

This bold step follows record sales over the last twelve weeks, where like for like sales were up 50 per cent to £2.3million, and reflects the Alpkit ethos of being outside together. Alpkit firmly believes that the outdoors is for everyone and offered shares from £10 at this time of expansive growth for the company.

CEO and Co-Founder, David Hanney, says, “This is an exciting time for Alpkit and we’ve been completely overwhelmed by the support from our customers. For a long time, they’ve been asking us whether it would be possible to invest in Alpkit and we’ve always wanted to extend our ownership and deepen our relationship with our customers. So when we looked to add financial strength to our growth plans, we wanted to involve them ahead of other financial institutions. The response has been incredible and we know we wouldn’t be in this position today without their loyal support.”
Alpkit’s 1380 new shareholders will be entitled to tiered benefits, depending on their level of investment. These include discounts on Alpkit product, VIP entry to Alpkit’s annual Big Shakeout festival, a custom UK-made backpack and to be the first to hear about Alpkit’s plans. The funds raised will be invested in the opening of two new stores a year from 2021; international growth through easier translation, payment and delivery; and a programme to achieve world-class sustainability assessment using the BCorp framework by 2022.

Notes to editors
Alpkit’s investment campaign was run on the CrowdCube investment platform. The campaign went live on 29/06/2020. During the campaign, the most amount of investments in a 10 minute period was 455 and at its peak, there were five investments per second.  Alpkit was started in 2004, founded on the belief that it’s possible to make gear that works harder and costs less. It’s the only UK brand to sell equipment for running, hiking, climbing, camping, swimming and biking. The company makes products in the UK in its own factory in Nottingham.  There are four Alpkit stores in Hathersage, Ambleside, Keswick and Metrocentre from which the company organisers talks, rides and runs. The annual Alpkit Big Shakeout is a weekend of adventure and entertainment for 1,000 outdoor enthusiasts. The Alpkit website has won “Best Online Retailer” as voted by the readers of TGO magazine for six out of the last seven years.
1% of all sales goes to Alpkit Foundation, Alpkit’s independent charity set up to remove barriers to getting outdoors and experiencing wild places.

Continuum Project – Donate your Outdoor Kit to those who need it most
alpkit.com/continuum 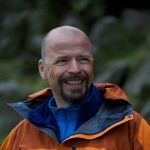