The 1992 Olympic champion and cycling advocate will lead the Sport England Board for the next four years.

Chris Boardman will succeed Nick Bitel as the Chair, the Department for Digital, Culture, Media and Sport has confirmed.

The cyclist, who won gold in the individual pursuit at the 1992 Barcelona Olympic Games, will serve a four-year term starting on 22 July.

Following his sporting career, which also saw him win three individual stages of the Tour de France, Chris worked as head of research and development for the Great Britain Cycling Team between 2004-2012, helping the team win eight gold medals in Beijing in 2008.

He remains one of the UK’s most prominent cycling and walking advocates, having been policy adviser to British Cycling since 2012.

Over the past four years, he’s been working with the Mayor of Greater Manchester on a plan to create the largest cycling and walking network in the country and is currently the Transport Commissioner for Greater Manchester, helping the Mayor to deliver a fully integrated transport system with active travel as its foundation. 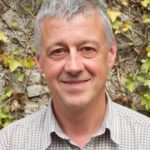 Over the last few years the OIA has grown into one of the most successful National Outdoor Trade Associations in the world. Their policy of concentrating on the really important issues that face the UK industry has been incredibly successful and really demonstrates the vital role that such organisations can play. The EOG is fully supportive of the OIA’s mission and we’ve had the privilege of working closely with the OIA team on both UK, and European wide issues. Irrespective of the current turmoil surrounding the UK’s wish to exit from the European Union, the OIA will continue to be a valuable, core part of the European outdoor industry business.