HomenewsAssociation NewsParliament stands up and takes notice of the Outdoor Industries

Parliament stands up and takes notice of the Outdoor Industries

Following yesterday's monumental vote for the Marriage (same sex) Bill in the House of Lords. David Rutley MP a key supporter of Britain on Foot and the OIA, proposed a debate on the significance of the Outdoor Economy to Britain.

The debate was lively with many MP's contributing to raising the importance of outdoor pursuits to the health of the nation and to rural economies. Several high profile organisations, and OIA Members where mentioned included the Ramblers, but significantly Britain on Foot and the work of the Outdoor Industries Association was a key focus of the debate with the Minister of State,  Department for Culture, Media and Sport, Hugh Robertson, stating:

“…VisitEngland includes the promotion of outdoor activity in its work with the support of the regional growth fund and investment from the Department for Culture, Media and Sport. My hon. Friend the Member for Macclesfield (David Rutley) will be pleased to hear that it is entirely supportive of the aims of the Britain on Foot campaign, as they align with increasing activity in the great outdoors and the subsequent economic benefit for tourism businesses. VisitEngland recognises the connection between increased outdoor activity-related tourism and increased sales of outdoor clothing and equipment. The agenda of the Outdoor Industries Association and Britain on Foot is very much aligned with VisitEngland’s strategic framework for tourism in England. Its focus on modernising the rural offering and getting younger people in particular interested in outdoor experiences will ultimately benefit the rural economy.”

You can read the full debate here.

You can also register your interest in Britain on Foot here. 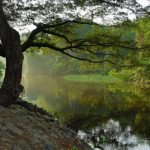 We joined OIA following the outstanding OIA conference, which was one of those events that anyone with any interest in the outdoor industry would want to attend and be part of. We were enormously impressed by the vibrancy and atmosphere.