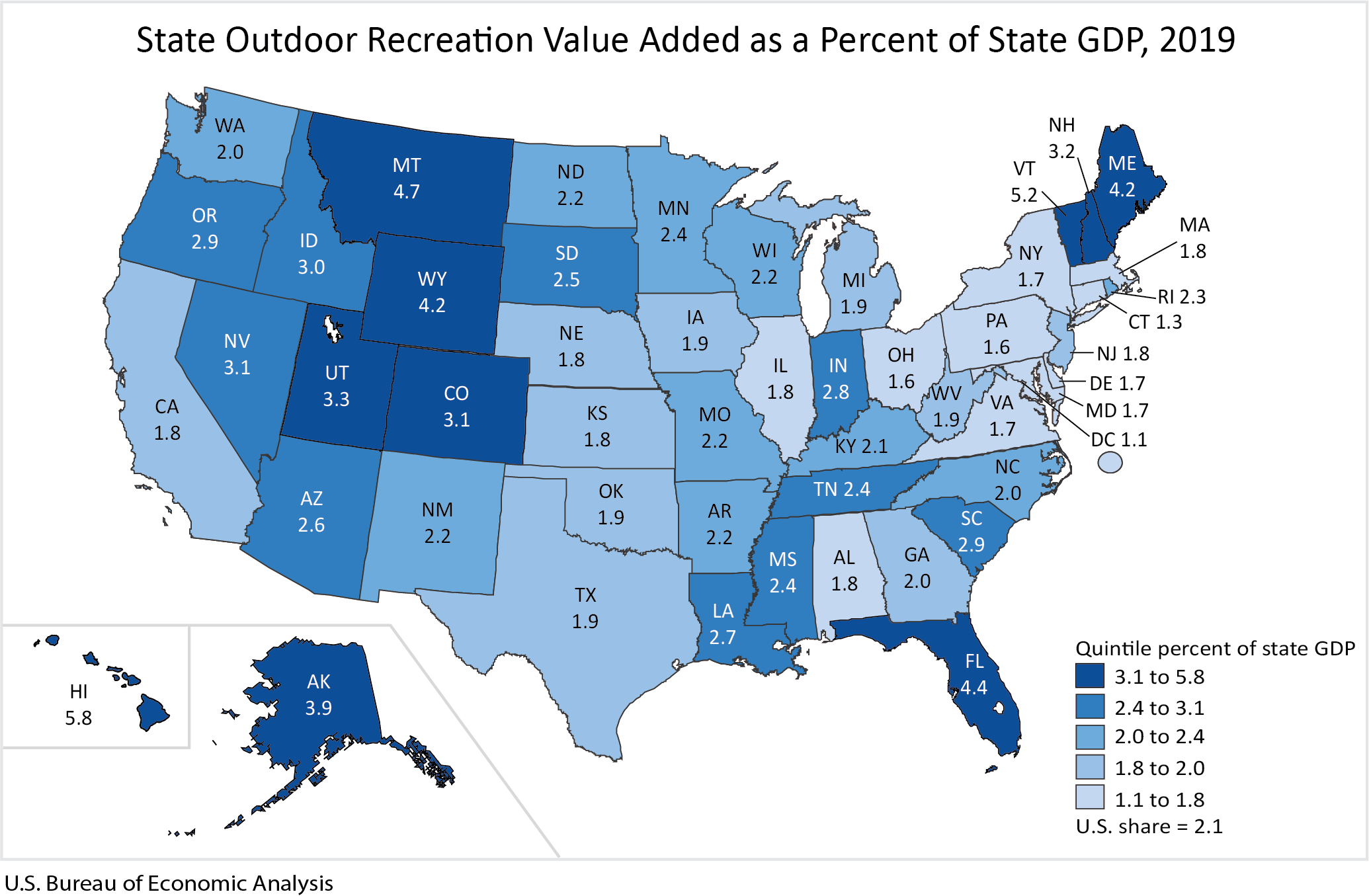 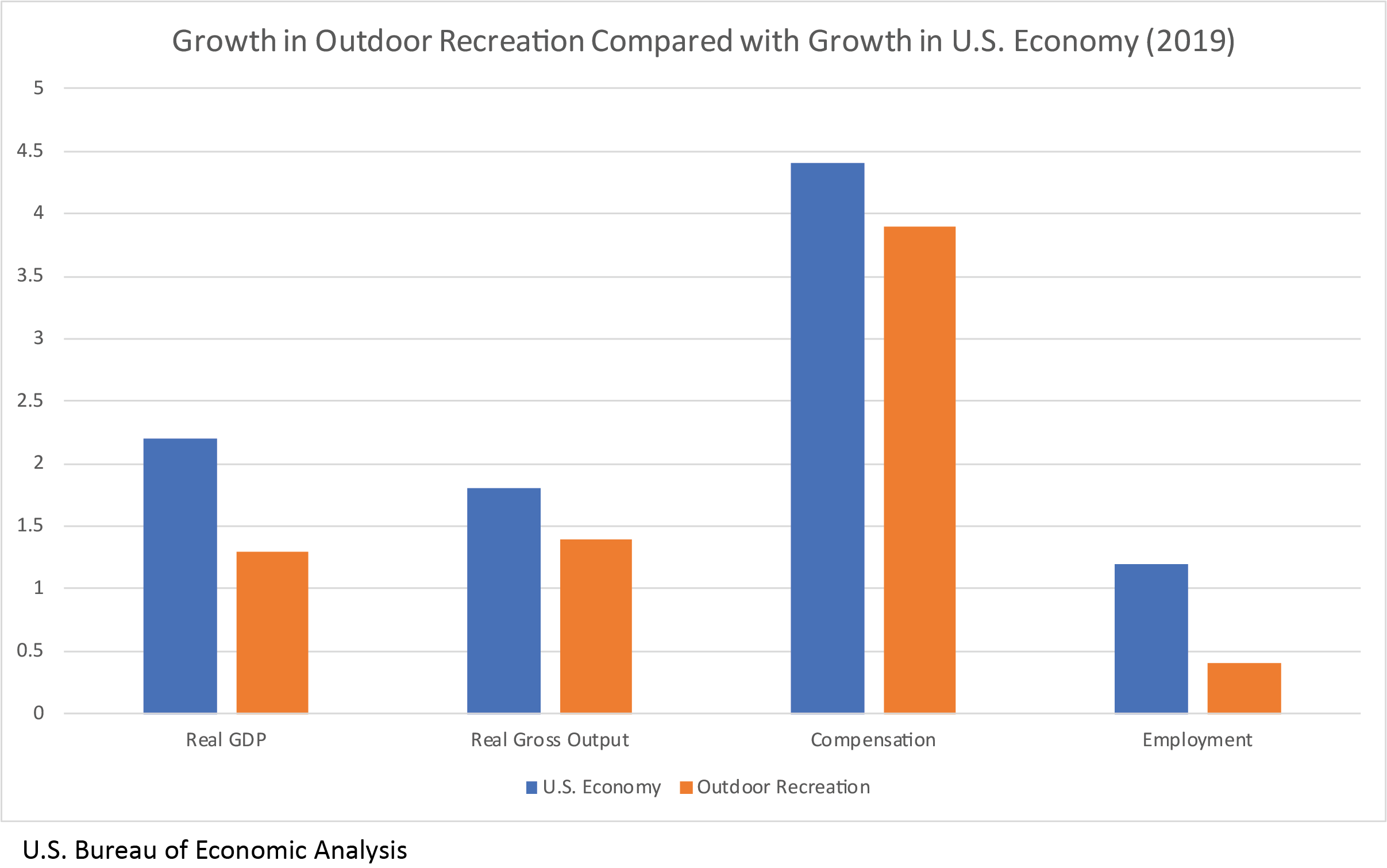 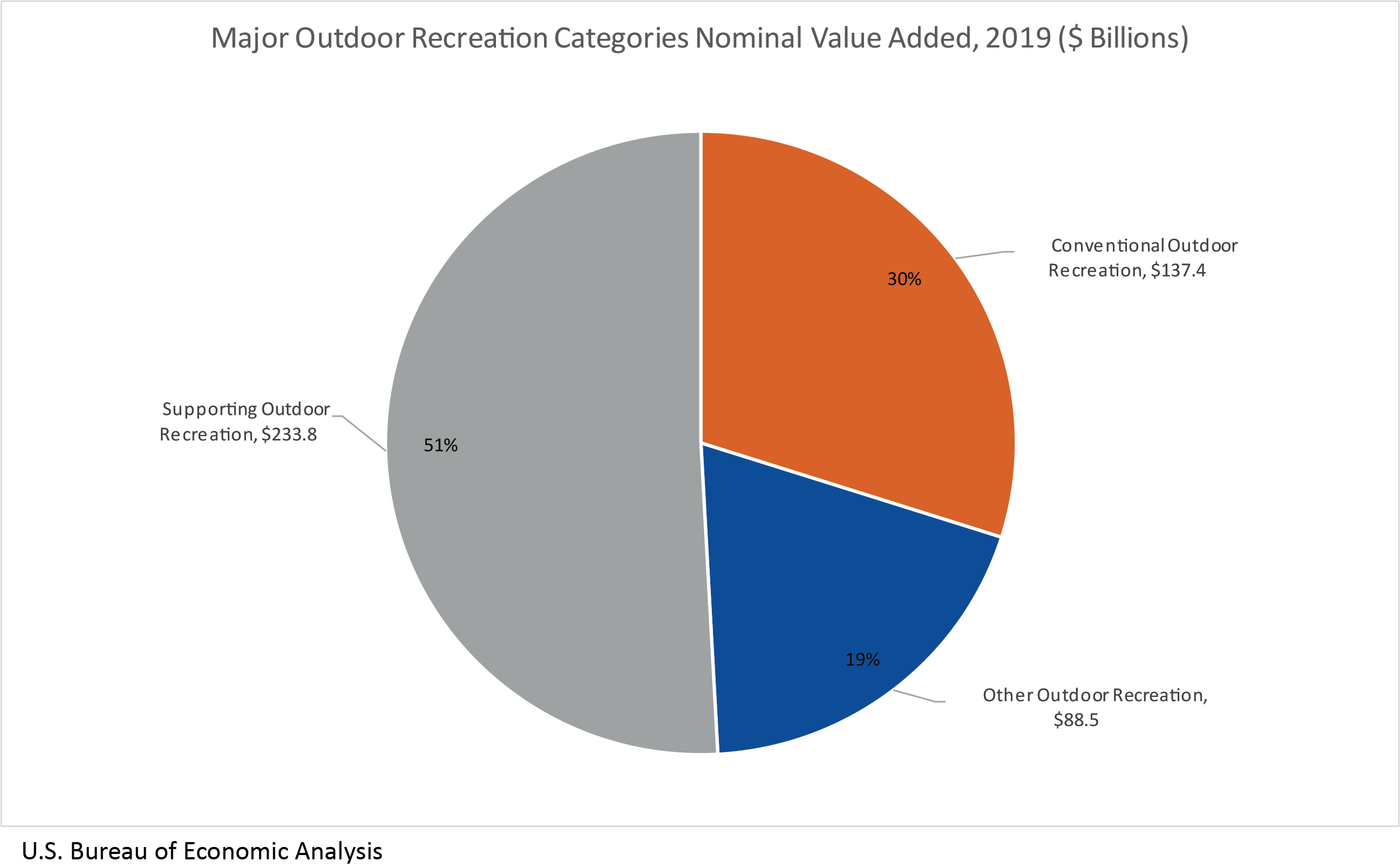 Other value added by activity highlights for 2019 include: 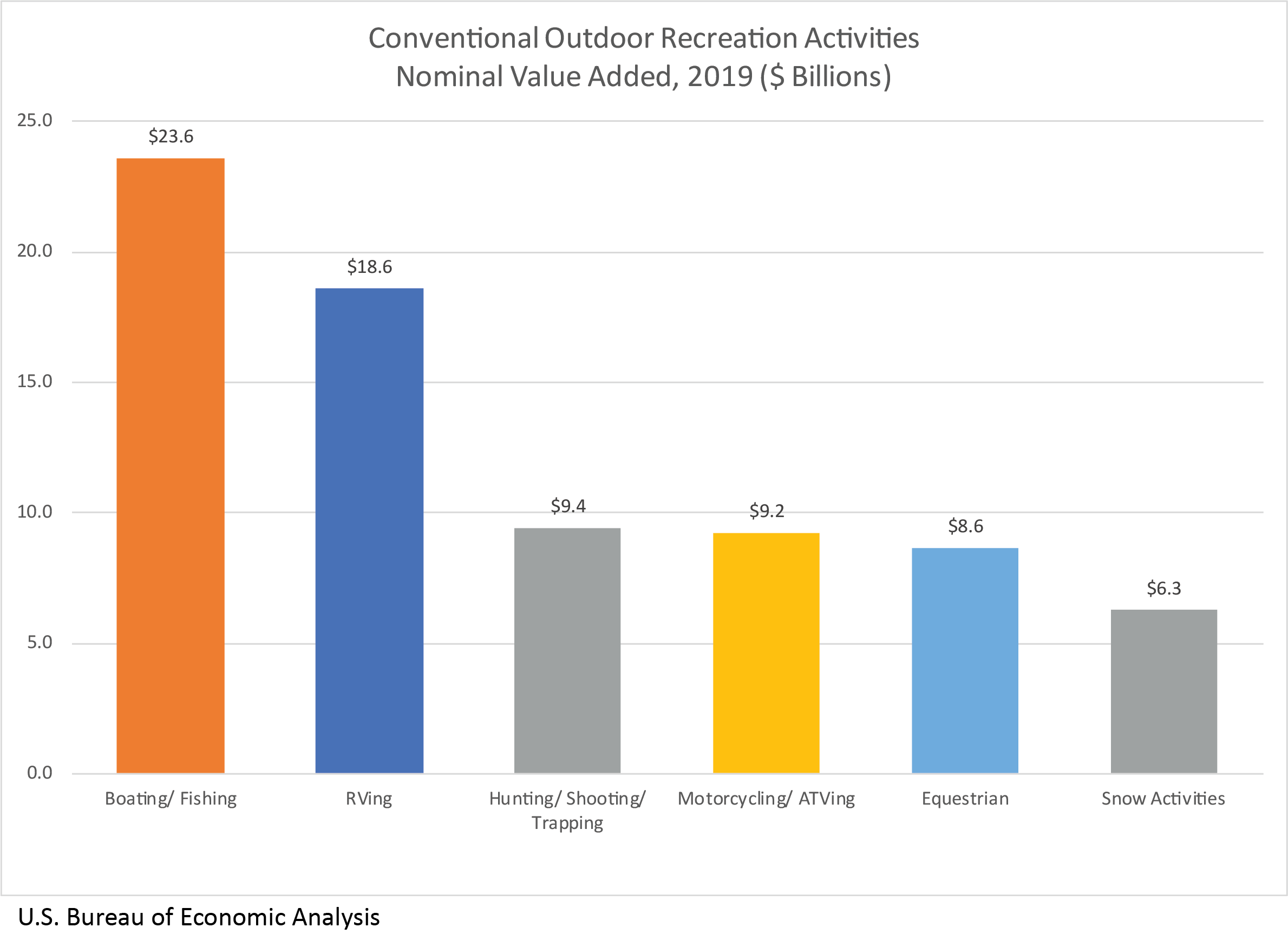 For the nation, the arts, entertainment, recreation, accommodation, and food services sector was the largest contributor to U.S. outdoor recreation value added in 2019, accounting for $128.5 billion (national table 10).

At the state level, this same sector was the largest contributor to outdoor recreation value added in 31 states and the District of Columbia. The leading contributors were Florida ($19.9 billion), California ($16.6 billion), and New York ($9.1 billion) (state table 3).

Other value added by industry highlights for 2019 include: 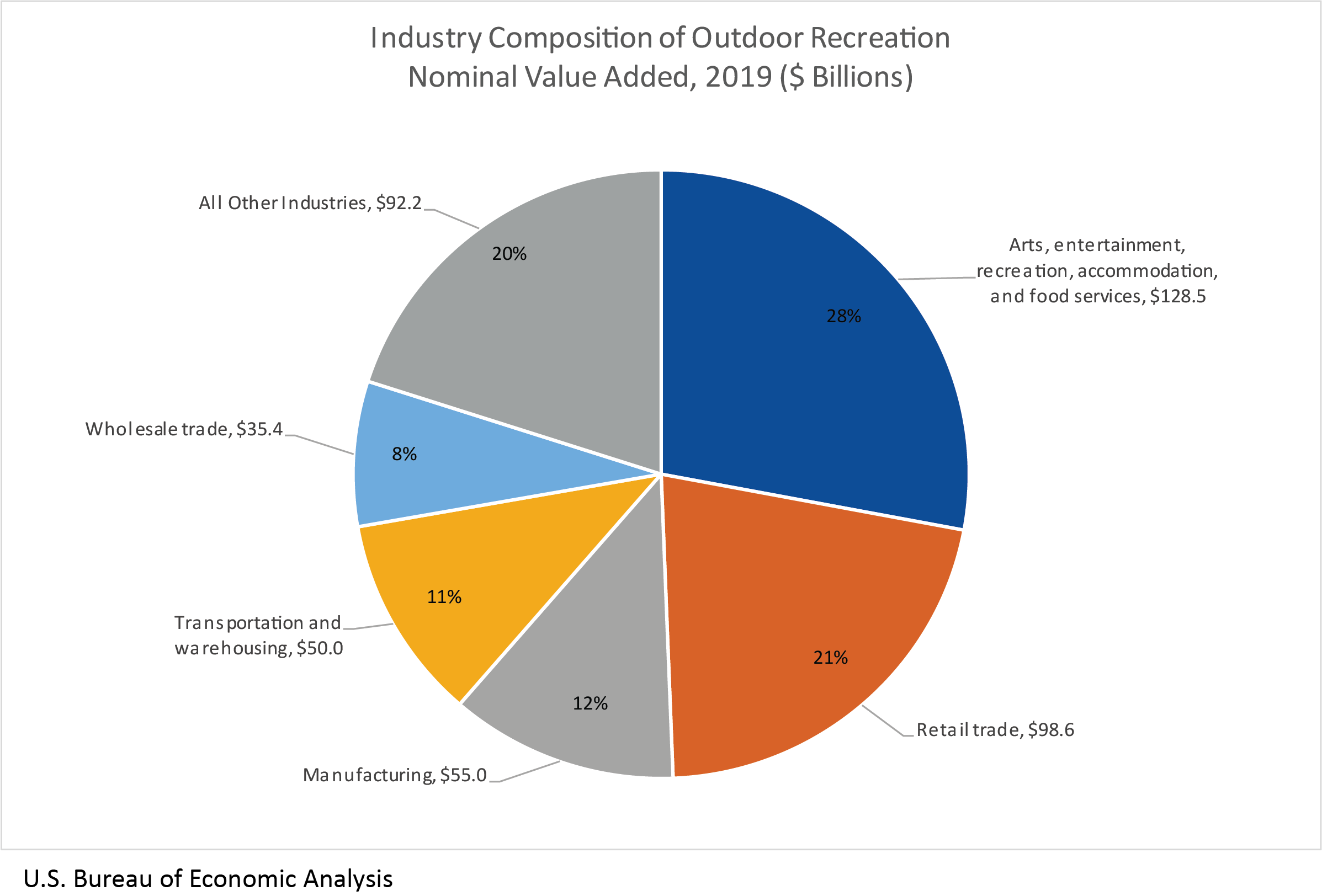 Today, BEA also released updated outdoor recreation statistics at the national level on gross output, value added, employment, and compensation from 2014 to 2017. Revisions to these statistics primarily reflect the incorporation of the 2019 annual update of the Industry Economic Accounts released on September 30, 2020. Incorporation of results from the annual update allows the statistics to more accurately capture the dynamics of the outdoor recreation economy.

The state ORSA statistics were updated for 2012-2017. The revised statistics reflect the updated national data for 2014-2017 as well as newly available and revised regional source data. 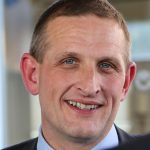