The OIA has joined forces with seven of the UK’s leading walking, climbing and outdoor leisure organisations for a ground-breaking research project examining the demographics of people who go walking and climbing.

Data shows that in England, those from ethnic minorities visit the natural environment 60% less than the rest of the population. Sport England’s Active Lives research also shows that men are more likely to be active than women and there is very limited data in relation to other demographics including faith.

The aim of this project is to build a clear picture of what participation in walking and climbing currently looks like to support the development and implementation of evidence-based diversity and inclusion strategies within each organisation.

The project is called Your movement matters and it’s all about understanding who is and who is not participating in the different styles of walking and climbing. Every type of movement counts, from walking in local parks or climbing at an indoor wall to camping, hiking and rock climbing adventures in the mountains. Whether you participate once a year, every day, or don’t know how to get started, your movement matters to us. We want to know more about your experiences and what you do.

“We know that we have a challenge with equity and diversity in the outdoors,” said John Cousins, Chief Executive Officer of Mountain Training UK & Ireland. “We have some headline statistics about those who participate less and they are particularly people from an ethnic minority background, women and those with a disability or long-term health condition. When it comes to taking action to change those headline statistics, there’s not enough detail to help us understand what’s making a difference or which groups of people are participating in which activity. This research project will allow us to close the data gaps, establish clear baselines for participation in each style of activity and develop the resources available to support driving lasting change.”

The research is being carried out by Leeds Beckett University and data is being collected through a survey. The survey is an opportunity to find out, much like the recent census, more about the age, gender, ethnic background, sexuality, disability status and faith of those who walk, climb and camp. It will also target those who are not currently participating to better understand what barriers prevent them from taking part.

Kath Hipwell, Chief Executive of the Association of British Climbing Walls said, “No one is defined by a single characteristic, so the ability to view this data in its entirety will allow us to build a better picture of the individuals who do and don’t participate, in our case, in indoor climbing, and why. This will enable our member climbing walls to better understand the needs of different groups and make relevant adjustments to their offer to make sure everyone is made to feel welcome in climbing and enabled to participate.”

Survey respondents can choose to be entered into a prize draw to win a £100 voucher for Ellis Brigham.

TAKE THE SURVEY: Your movement matters 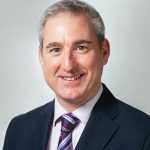